One of the most respected and recognized voices in the negotiation space today, Marty Latz is an author, international speaker, and the founder of LATZ Negotiation. Since 1995, Latz has taught more than 100,000 lawyers and business professionals around the world how to negotiate more effectively – including in Hong Kong, London, Beijing, Shanghai, Singapore, Prague, Brussels, Seoul and Bangkok. U.S. President Barack Obama is one of Latz’s former students.

Latz also negotiated for The White House nationally and internationally on The White House Advance Teams, and was an Adjunct Professor of Negotiation at the Sandra Day O’Connor College of Law at Arizona State University for ten years.

About The Real Trump Deal

The Real Trump Deal: An Eye-Opening Look at How He Really Negotiates examines the negotiating strategies of the world’s most famous negotiator. Love him or hate him, the book captures valuable lessons anyone can use.

Trump’s deal-making past provides insight as to how he will negotiate with the rest of the world as President of the United States. Our future — our safety, credibility and prosperity — rests on his skills. Learn why some of Donald Trump’s negotiations prevailed — and why others failed. What can we learn from these real-life deals?

Donald Trump himself has provided unprecedented transparency and insights into his business negotiation strategies in his books and interviews. His counterparts have also not been shy — as evidenced in their interviews and testimony in the more than 4,000 Trump-related lawsuits. We know what he did. Trump Tower. Taj Mahal. The Apprentice. President Trump has also now negotiated with Congress and the world. Do presidential negotiations require different strategies?

Fine out how to use his effective strategies — and avoid his counterproductive ones. That one new tactic you gain may make the difference between walking away a winner and leaving empty-handed.

Marty Latz has been interviewed and seen on CBS, Fox Business, CNN, Politico, and many more. In addition, he has taught more than 100,000 lawyers and business professionals around the world. 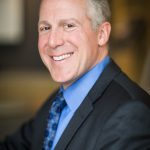 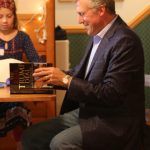